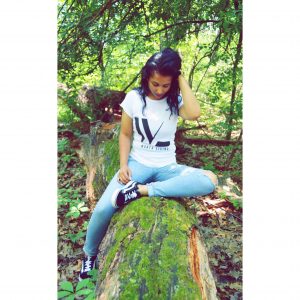 Hello, my name is Felicia. I am a 25 year old healthcare professional and
counseling/psychology student with anxiety. As well as someone with an unexplainable
yearning to understand mental health disorders. The who, what, where, when, and whys of it all.

It was Wednesday afternoon last week and I was sitting at my desk staring at a young woman
who stood beside her elderly mother. Tears filled her eyes as I explained to them what the next
step in her mother’s care would be. Her mother (a patient of ours) came in for a follow up
appointment after seeing a neuropsychologist for memory loss. She was recently diagnosed
with Alzheimer’s disease. The patient seemed to be pretty calm and unbothered in light of what
was discussed at the appointment. I wasn’t sure that she actually understood what was going
on. The daughter was very distraught. I couldn’t help but feel emotional about what they were
going through and what was still to come.

My great grandmother who I had the pleasure of knowing for most of my adolescent life was diagnosed with Alzheimer’s disease when I was 21/ 22 years old. At the time I had no clue what the diagnosis really meant or entailed. I knew it involved memory loss but not the extent of it. She was living in Florida at the time and had recently lost her husband, my great grandfather. I had heard reports from several family members that she had begun to decline significantly after my grandfather’s passing. It is not unusual for elderly people to experience changes in their mental state after losing a long term spouse. Such a tragic event as death brings about so much change and emotion. It is a lot of emotional and physical stress for anyone to handle.

When I saw my grandmother next she was an entirely different person. So much so that she did
not even recognize me. Words cannot describe what it feels like to have someone that showed
you so much love and taught you so many things to not recognize you at all. There were a few
moments where she seemed to recognize my name, but could not connect the younger me to
the person that stood before her. I would describe it as losing someone while they’re still
standing right in front of you.

Alzheimer’s is a disease that destroys memory and other important mental functions. A lot of the
time Alzheimer’s is overlooked as regular memory loss which is common as people get older.
Those with the disease may forget important people in their lives and undergo personality changes. Alzheimer’s is one of the main causes of dementia. The disease actually causes brain cells to degenerate and eventually die.

Although Alzheimer’s is not classified as a mental illness it is still related to mental health and can cause mental illnesses such as depression, anxiety, agitation, and hallucinations. There are medications and different treatments that may help to improve symptoms, but there is no cure for Alzheimer’s. The 36 Hour Day is a great book for those dealing with and caring for a family member with Alzheimer’s disease.

Life can change within the blink of an eye sometimes. Don’t take a second of it for granted. And remember if you’re here, then you have a life worth living.