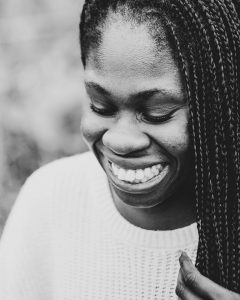 Nikki is a Mental health/lifestyle blogger. She has a passion for ending the stigma and shame surrounding mental illness, while also sharing the brave stories of others as well. Nikki owns a blog called Spokenbyher ( Originally called “HerDaringThoughts”), where she has shared openly about her experiences with depression, self hate, anxiety and her passion for social change. She hopes that her writing helps one person remember that their life is worth living.

4 Emotions We Are Feeling in the Black Community Right Now

Even if you were not at the scene when it happened, as a Black individual watching George Floyd’s video and having to come to terms with the sick reality of our society, it puts a psychological and emotional strain on that particular Black person and the Black community as a whole, whether they are aware of it or not. This is a topic that I think people do not take the time to be aware of and reflect on because if you did, you would keep the people around you accountable; you would have those difficult conversations with your friends and family to help challenge those hidden prejudices, racial biases and stereotypes.

I, as a young Black woman, have noticed this emotional and mental strain happen to me this past couple of weeks, as I went through a load of various emotions. I went from being in shock, to sad, to fearful, to angry, to overwhelmed with passion for change, back to being sad, to shocked, to almost wanting to put a few people in their place, if I’m being completely honest.

I thought about this scenario: imagine an abused child who is aware that his two parents are supposed to be there for him, love him and protect him. Instead, he experiences overwhelming amounts of physical and verbal abuse from them over and over again throughout his childhood and teen years.

This goes hand in hand with the experiences of the Black community. Since you are little, you are taught that a police officer is one of the people who serve and protect. But as you get older, you begin seeing and observing, over and over again, that police officers are shooting and senselessly killing someone who looks like you and getting away with it.

“Racial trauma is unique in that it involves ongoing individual and collective injuries due to exposure and reexposure to race-based stress.”— Comas-Díaz, L., Hall, G. N., & Neville, H. A. (2019).

There are so many different emotions and feelings that occur in the Black community during this time. Everyone is different in what they are struggling with inside, but this is what I have come to observe:

You know the role of a police officer is to protect and serve. But now, as you observe over and over again the people who look like you get senselessly murdered by police, you start to question what you have been taught since elementary school. You are trying to align it with what you are experiencing, and it does not match up. Confusion because as the Black Lives Matter movement is being pushed to the forefront, many are saying “All Lives Matter” — but that is not being carried out. That may be the goal, but it is not our reality.

You are having to deal with that unconscious fear: will that happen to me? Could that be my dad or my brother? “I am being pulled over; this interaction should not be a big deal, but if I am asked to take out my driver’s registration and I start reaching towards the glove department will he shoot? It happened to Philando Castile.”

There is the anger, knowing that a police officer raided the house of Breonna Taylor and shot her multiple times, yet still roams free. This is one of the many cases that boils the blood of the Black community; without protest and pressure, the people with power are not held accountable. Anger because of so many people lose sight of the root cause of this crisis and chaos: racism.

When there is peaceful protest, it doesn’t seem loud enough, then people decide to be more reckless and loud with their protest but it is too destructive and violent. It is like running on a treadmill and not getting anywhere, and then being told how you are supposed to feel about it.

I share this to give you all a peek of the different emotions and feelings that take over the minute another video of the murder of a Black man or woman comes out. To hopefully remind you that at the end of the day, racism affects a person not only physically but also psychologically and emotionally.

But, what I found so profound is that even among the systemic racism and police brutality, the Black community comes out with doctors, lawyers, professors, creators, social workers, artists, photographers and so much more. So, do not get it twisted; we still and always will come out on top, even in the midst of injustice.