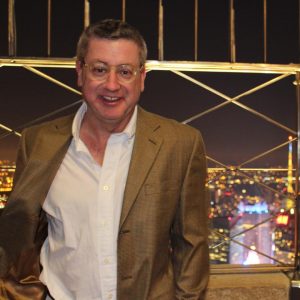 Note : This article was the first time I went public with my depression and its devastating impact on my life. It was published on February 20, 2008. Since then, my life has changed significantly.

Each week in our All About series, we introduce our subject on Tuesday, feature a first-person essay on Wednesday and open up the pages to our readers on Thursday. This week, we look at resilience. Have difficult times made you stronger?

Life is overrated. That’s how I looked at mine. I had sleepless nights for weeks and months, which went on for years. I withdrew from my friends. My lunch was a bagel and water as I drove around the city. I couldn’t focus on a movie or a book. My last personal relationship was shortchanged, my mind unravelling. To me, I just had bad days, bad weeks.

As my depression escalated, I withdrew further from the world. I bought an isolated house, acting, more or less as my own lawyer, thinking that if I could get this house, I could hide and my bad days would be gone. Few people know about the house.

I had unknowingly lived with depression for many years, until being diagnosed on March 7, 2003. On March 11, 2003, I was disciplined by the Nova Scotia Barristers’ Society as a result of decisions I made during the purchase of the house. At that time, I fully acknowledged that such decisions were wrong and unethical. The Bar Society recognized that my depression led to my bad decision making. Previously, I had had three complaints in 18 years of practice, all dismissed outright. The chairman of the Bar Committee said, “Keith, go home and get healthy.” I suffered a mental breakdown on March 12, 2003. So, clearly not my best week. The breakdown had been unfolding for months, my depression had been gathering for years.

I was in real bad shape: no self-confidence, no self-worth, no energy, no interest in most things, all symptoms of depression. Anxiety attacks became a daily occurrence. I was confined to a bedroom for a month. Actually, this self-confinement, to some extent, lasted for a few years. To venture out of the bedroom, to the living room, was a big step. To go outside the house was a major accomplishment. However, even in the midst of such angst, I knew I wanted to get healthy.

I was fortunate to have great family support. They provided such concern and care that I felt well protected. They sat at my bedside for weeks. Without them, I would have ended up in hospital. With their help, I was able to leave the house, go out to eat, slowly begin to do normal things again.

The medication prescribed by my doctor worked in to settle my mind; there would be no more trying to handle too many things. Two side effects were that I slept and ate a lot, which, to me, were good effects.

The Bar Society provided me with a list of therapists for whom they would cover the cost of the first ten visits. With my family’s encouragement, I made an appointment.

I had never been to therapy before, so I had no idea what to expect. Well, it’s amazing what one will tell a stranger. The floodgates opened and out flowed my life. I attended therapy once a week for two years, then once a month. Therapy became the highlight of the week. It was determined that my depression was triggered by my father’s death in February, 1992. I come from a close family. With my therapist’s guidance, my medication was suspended in 2005.
Some friends provided great support. They not only told me they wanted to help, they actually did so, whether it was helping me to sell the house, storing my belongings or just a drive around the city. One couple took me to a few movies and to pilates classes.

There were a few bumps, though. Some people did not reach out at all. Others snubbed me, one a person who used to greet me with a hug, another  a court official. Another person came back into my life fully knowing of my depression, took full advantage and treated me poorly, setting back my recovery by a year or so. I have come to realize that such people are not true friends and learned to dismiss them from my life.

So, getting healthy required help and care from my family, some friends and doctors. It took a series of small steps, which to me were huge, and a strong will on everyone’s part. But most importantly, it took my wanting to get well.
I have little money. No income. No job. Life is good. Seriously, my life is really good. To focus on what I don’t have is not fair to what I do have. I have my good health. I am now as mentally strong as I was 25 years ago. I have my family, all healthy as well. I sleep well. I can read a book. I can enjoy the day.  I am not sure what I will do as a career, but it will unfold.

I have learned how to be happy again. I have a real life now. Life is good.