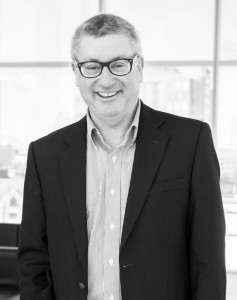 Whether it’s the angst of Eric Clapton’s Layla, the bluntness of ZZ Top’s Legs, or the joy of The Beatles’ Love Me Do, love and music have always gone together.

When I would meet a woman, one of my ‘get to know her’ questions was, “What kind of music do you like?” For many years, it was simply a question, one of many. Though some responses were certainly indicative of how short the relationship would be. That question carries more relevance for me now given the role music played in the dark days of my depression, and then in my recovery. I find now that lyrics have become very important when I am listening to music. Certain songs are not only enjoyable, but provide some significance for me, and can have the power to change the course of my day.

I met someone a woman few years ago – EM, as she prefers to be called. The afternoon after we met, we got together at a Halifax coffee shop. We found ourselves discussing many topics from my journey through depression to her studies at Dalhousie University. We talked for hours. Though healthy, I hadn’t spoken with a woman one on one with that sparkle for many years.  OK, 12 years!  Those years were spent getting healthy, learning how to re-enter the world. But onward I went, talking, laughing and getting to know her.

Though there were certainly differences between us but there was far more in common. I quickly discovered that one of her favourite artists is Van Morrison. Van ranks high on my list as well.  We both know Van is an acquired taste, and he is certainly not a Top 10 hit maker nowadays. So for EM to have been exposed to Van at all, let alone enjoy his music, spoke a lot about her.  So, I ventured back into the relationship world with music as one of my key reference points.

A few weeks later, I noticed a post  EM made on social media  listing albums that had impacted her.  The list, of course, included Van’s Astral Weeks, but then I noticed Fleetwood Mac’s Rumours was also listed. That album was huge when I was a teenager just starting to listen to music. I remember playing it the summer I was 16. I had just gotten my driver’s license and so cruising with Don’t Stop Thinking About Tomorrow cranked up was too cool. Great memories! I was both pleased and impressed  with her   musical taste. It gave us more in common. It helped me appreciate and understand her better. It also made me feel comfortable in talking with her.  Given the time since my last relationship, I needed things in common. We shared something that was important to both of us.

I presented at a local university a few months after we met. I invited EM to join me and she readily accepted. As we drove the hour to the school, I suggested she find some music for us to enjoy. She chose Alt Nation – not a channel I would think to check out. The music was certainly different, but actually rather good. It was something new for me to experience musically. Well done, EM!

EM spent the following summer at home in Ontario and so we were apart. One summer day,  as I was driving the 5 hour trip from my hometown of Sydney to Halifax, EM and I texted most of the trip (yes, I pulled over each time to read and respond!).

About half way there, I thought it was time to hear some music. I turned on Classic Vinyl and Bob Segar’s You’ll Accompany Me was playing:

Music can define a moment and even a relationship.

A version of this post previously appeared on http://BringChange2Mind